There can be an issue using the document assembly feature of DocMoto when a users local machine has Parallels installed running a Windows virtual machine.

The issue manifests itself by the document opening in Microsoft Word but the place holders are not completed with the tag definitions.

Behind the scenes Parallels is set to open Windows applications and share them with the Mac. Parallels can be stopped from intercepting the AppleScript command used to run document assembly by a simple Preference change.

To change this ensure that the Windows Virtual Machine is not running then click on the cog in "Parallels Desktop Control Center".

Choose "Options" followed by "Applications" and ensure "Share Windows applications with Mac" is NOT ticked. 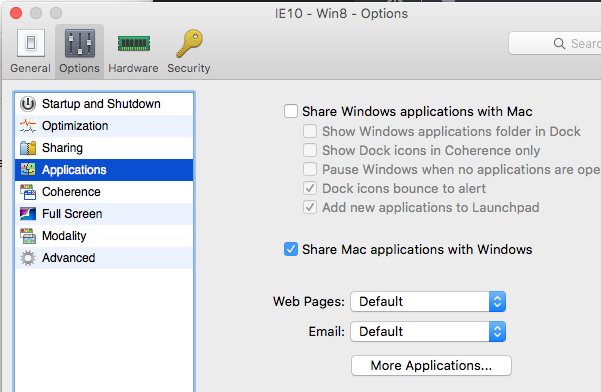 Documents should now be assembled through DocMoto. If it doesn't work first time restart the computer.

Still have a question?